“Put some elbow grease into it,” really meant putting more effort into a task. It’s a strange expression, if taken literally. What was elbow grease? Where did the expression originate? Did well-lubricated elbows function more efficiently?

“Your eyes were bigger than your stomach.” An expression that went along with, “waste not, want not.” Don’t take something if you don’t really want it. How could someone’s eyes be bigger, than one’s stomach? What a freak show that would be.

“If it thundered in December, it would snow in May.” An old bromide from my Midwestern roots. It did occasionally snow in April, rarely in May. The point was, December thunder and lightning storms, were weird. It was supposed to snow in December.

“Blue racer snakes would chase you.” I never had it happen to me–that was the legend. Also, if the snake was cut into pieces, left for dead; it would come back together overnight, and slither away.

Chickens weren’t exactly the brainiacs of the barnyard. It was alleged, that if one got a chicken to stand still, and a line was drawn in the dirt, the chicken would stand still, mesmerized.

Good luck charms: Rabbit’s feet, horseshoes, four-leaf clovers–how did these come to be regarded as good luck charms? Some people had “lucky shirts.” …Lucky colors, …Lucky days. I guess just about anything could be a good luck charm–if we wanted it to be. One thing’s for sure, the rabbit charm, wasn’t lucky for the rabbit. 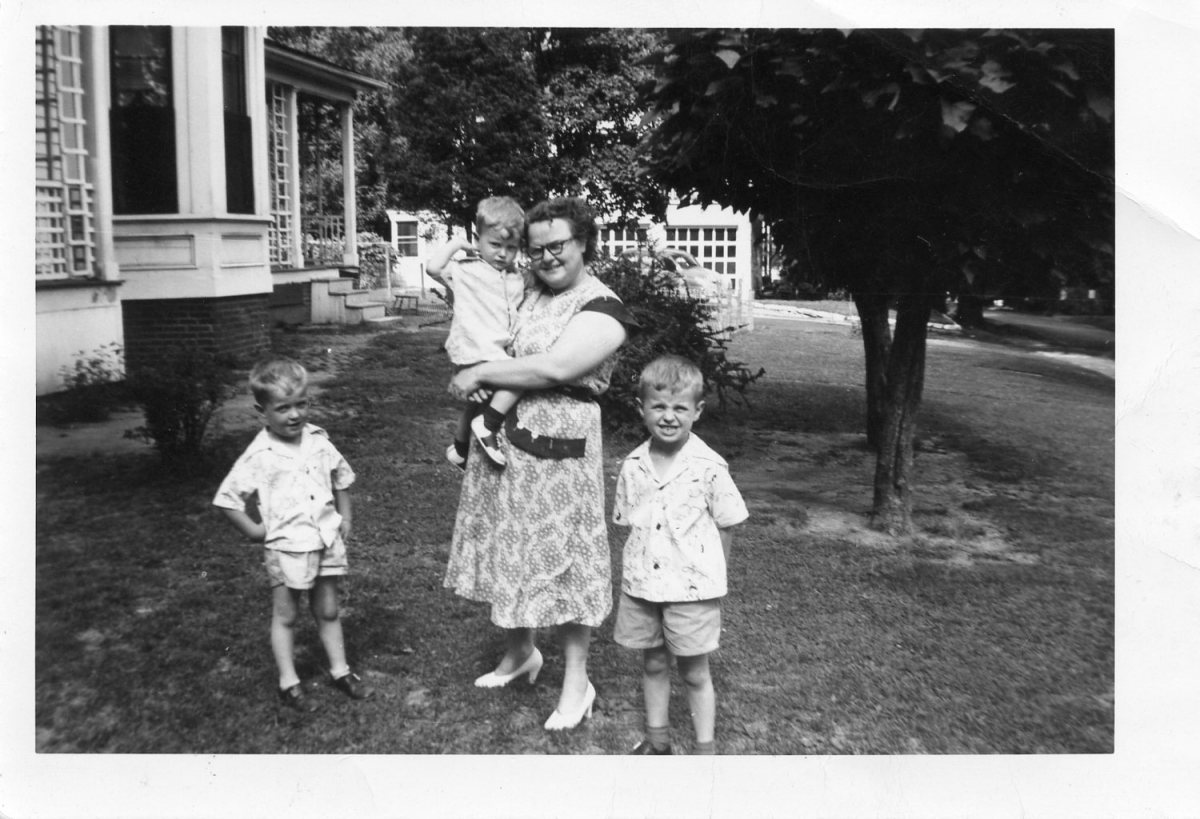 There were the usual admonitions.  “Wear clean underwear in case you’re in an accident.  Don’t make that face–it might stick that way.”  She had some unique expressions.  “Pass the gravy, Navy.”  “Don’t stinch yourself.”  Some of them forgotten or their meanings lost.

“Mom, some men, like Uncle Harvey don’t have any hair–why?”

Mom ignored the question as long as she could.

“Why, why?  What, what?”  Mom mocked in frustration.  “I don’t know.  Maybe it’s because they scrubbed their heads with a wash rag.”

For most of my life, up to young adulthood, I was very careful not to shampoo my hair with a washcloth.

Editor’s Note: I’m on the left, in the above picture.

The attention grabbing headline implied–anyone still using certain  words was hopelessly out of date.  Of course, in the digital age, the world turns with ever-increasing speed.

Expressions, words, used by parents, grandparents, people from childhood, live on in my mind.  Some have proven useful–especially in counteracting teen-speak.

“For the Love of Pete,”
They could be anywhere
“Crying Out Loud in a Bucket”
Playing “Horse Hockey”
Pulling “Shenanigans”
With other “Hooligans”

“Gott im Himmel”
“Ach du Lieber Gott”
“Criminetly”, or “For Criminy Sakes”
When were the “Lolligaggers”
And “Fussbudgets,” going to stop
Their “Tomfoolery” and “Clippity-Clap?”

“Jumping Jiminies,” “Jehosaphats”
Were “Slower Than Smoke”
“Nuttier than Fruitcakes”
But, they didn’t let
Any of it, go to their heads.
Except–when they had
The “Molygrumps” and
Couldn’t get their
“Lard Butts” out of bed