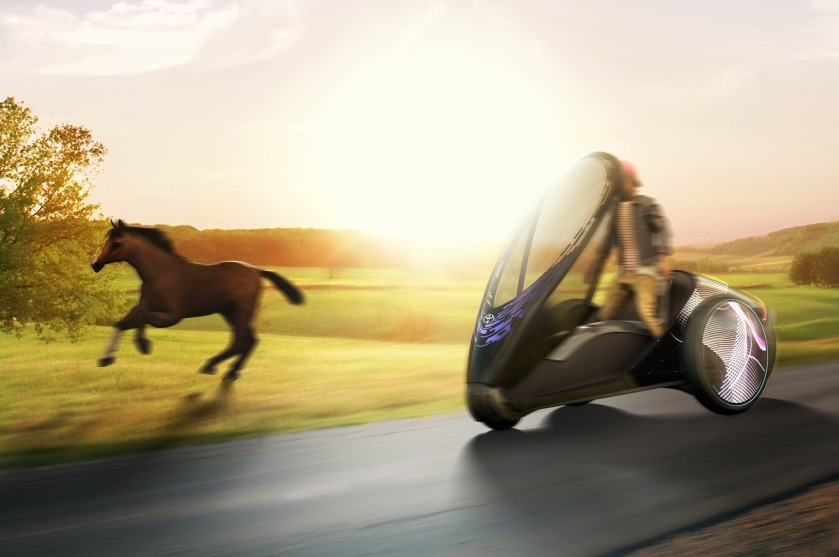 Toyota’s prototype FV2 …will make its debut at the Tokyo Motor Show later this month. The automaker sees the FV2 as bridging the gap between the soulless self-driving cars of the future and vehicles of tomorrow that can connect “physically and emotionally with the driver,” the company said in a statement.

The physical connection comes from the FV2 being a single-occupant, podlike ride that drivers move by shifting their bodies forward and back, left and right, Segway style.  And should you… pull into freeway traffic, the FV2 can connect with other vehicles and traffic infrastructure to “including advance warnings about vehicles in blind spots at intersections,” Toyota said.

To establish an emotional connection, Toyota “envisions an ever-developing driver-vehicle relationship similar to the relationship of trust and understanding that a rider might have with his or her horse,” but in this case, this horse can be of a different color depending on the driver’s mood.

Mobile mood detector:  According to Toyota, the body color of the FV2 can be changed at will by the operator.  Or if drivers can’t decide what mood they’re in, this motorized mount can help them decide using technology from the Toyota Heart Project that’s designed to “achieve a rapport between humans and machines.”

For the FV2, this means incorporating voice and image recognition to determine the driver’s disposition.  It can also keep tabs on owner’s driving history to automatically recommend destinations as well as assess their driving skills to better, ahem, assist them.

If you want to get a glimpse of the future and can’t make it to the Tokyo Motor Show, Toyota has created a smart phone app that allows users to experience the Toyota FV2 that’s available for Apple and Android devices. 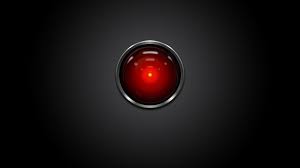 Safety features of the FV2 are laudable, but “keeping tabs on the owner’s driving history,” gives me pause.  Of course, It’s only to “assess…driving skills…to better assist.”  Horses never asked or cared what riders were  thinking–except for “Mr. Ed and Wilbur.”  In some Westerns, horses were smarter than their drunken riders.  Unlike the FV2, horses didn’t tattle-tale on their riders.

Chameleon-like, color changing vehicles could be used by the military.  Or, could be used by criminals in getaway cars.  Are you ready for an emotional relationship with your vehicle?  There are endless possibilities–depending on your mood.