Atticus Finch, lawyer and lawmaker, conscience of a community and soul of a South, died last week after an extended illness.

He was…ageless.  “His heart just couldn’t take any more,” Maycomb Mayor Beauregard Radley said today.  “It’s funny. He was the man everybody used to want to be.”

Finch, a man of conservative family values but liberal views of mankind, practiced law in Maycomb and served in the Alabama Legislature for many years.  He was known in the Statehouse for his attention to detail, valued for his reason, diplomacy and unwavering decency.

His abiding principle in government and life–“the best way to clear the air is to have it all out in the open.”  –served to bring even the most radical political foes to common ground, said Rep. Dutch Persons, a longtime colleague.

“Put a Finch in a room with a chicken and a chicken hawk, and they’d come to see they all had feathers,” Persons said.  Out side of Maycomb and Montgomery, though, Finch is perhaps best remembered for his greatest legal failure.  Finch, with the good looks of Gregory Peck and the courtroom presence of a Clarence Darrow, argued passionately in the case of Tom Robinson, a black man accused of raping a white woman.  Finch produced compelling evidence that Robinson could not have committed the crime.  But an all-white Maycomb County jury convicted him anyway.

Robinson went to prison, and was later shot dead while trying to escape.

Finch’s daughter Jean Louise, a retired school teacher, who still answers to the childhood nickname of Scout, once asked her dad why he agreed to defend Robinson in the first place.  Finch knew he could not win, she said.  And he knew that merely taking Robinson’s case would cause him and his family grief.  Finch responded this way.

“For a number of reasons,” he told her.  “The main one is, if I didn’t I couldn’t hold up my head in town.”  I couldn’t represent this county in that legislature, I couldn’t even tell you or (your brother) not to do something again.”

And the ends never justified the means.

The means, to Finch made the man.

Finch taught Scout and her late brother Jem that courage does not come from the barrel of a gun or the mouthpiece of a mob.  It comes from standing with dignity for what you believe in, even when it would be easier to simply sit down.

“It’s when you know you’re licked before you begin, but you begin anyway and you see it through no matter what,” he once said.  “You rarely win, but sometimes you do.”

Even if it means standing against friends and family.

Scout Finch recalls hearing many of her father’s words as a child.  At the time she wondered what they all meant.  But one piece of advice stays with her always.

“If you just learn a single trick, Scout, you’ll get along a lot better with all kinds of folks,” he told her.

“You never really understand a person until you consider things from his point of view …until you climb inside his skin and walk around in it.”

Finch will be buried behind Maycomb Methodist Church.  He is survived by daughter Jean Louise, grandchildren Nelle and Lee Finch, and many great-grandchildren and admirers.

In lieu of flowers, he said before his death, just look around.

“If you see someone in need of a kindness,” he said, “just give it to them.”

I’m among his many admirers.  Taken from the Mobile, AL “Press Register,” compelling words from Atticus Finch,  by John Archibald, jarchibald@al.com. 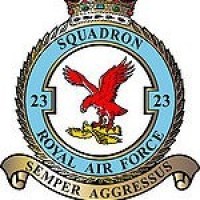 From California to Kansas... and sometimes beyond

A blog about a RAF Mosquito squadron